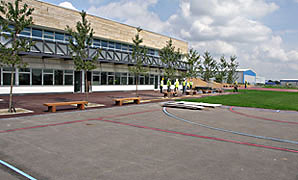 Howe Dell School has produced Sustainable elements to list the sustainable technologies employed at the school in its bid to become the first zero carbon school in the UK.

Helen Raymond, Joint Head of Sustainability, Capita Architecture, has published an article in Sustain Magazine on how architects at Howe Dell managed to marry the environment with creativity: An education in design. 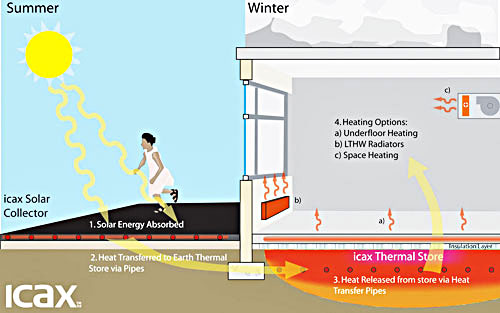 The eco-squad of children at Howe Dell School were involved from the start under the dynamic leadership of the head teacher Debra Massey, and they had a chance to comment on the original models and illustrations from the architects. Howe Dell School has been a big success from the sustainable point of view, not only physically but also emotionally and the school, which suffered some uncertainty in its previous location, is now substantially oversubscribed.

When Mark Jansen of Property Week published an inspirational list of Britain's 20 Greenest Buildings in June 2008, he included Howe Dell School as the second building on this list because of the inclusion of Interseasonal Heat Transfer from ICAX.

The building was part of the original DfES BREEAM pilot scheme and scored an excellent rating (the only building to do so) and aims to maintain that rating when it is reassessed.

Faraday Institute of Engineering and Technology