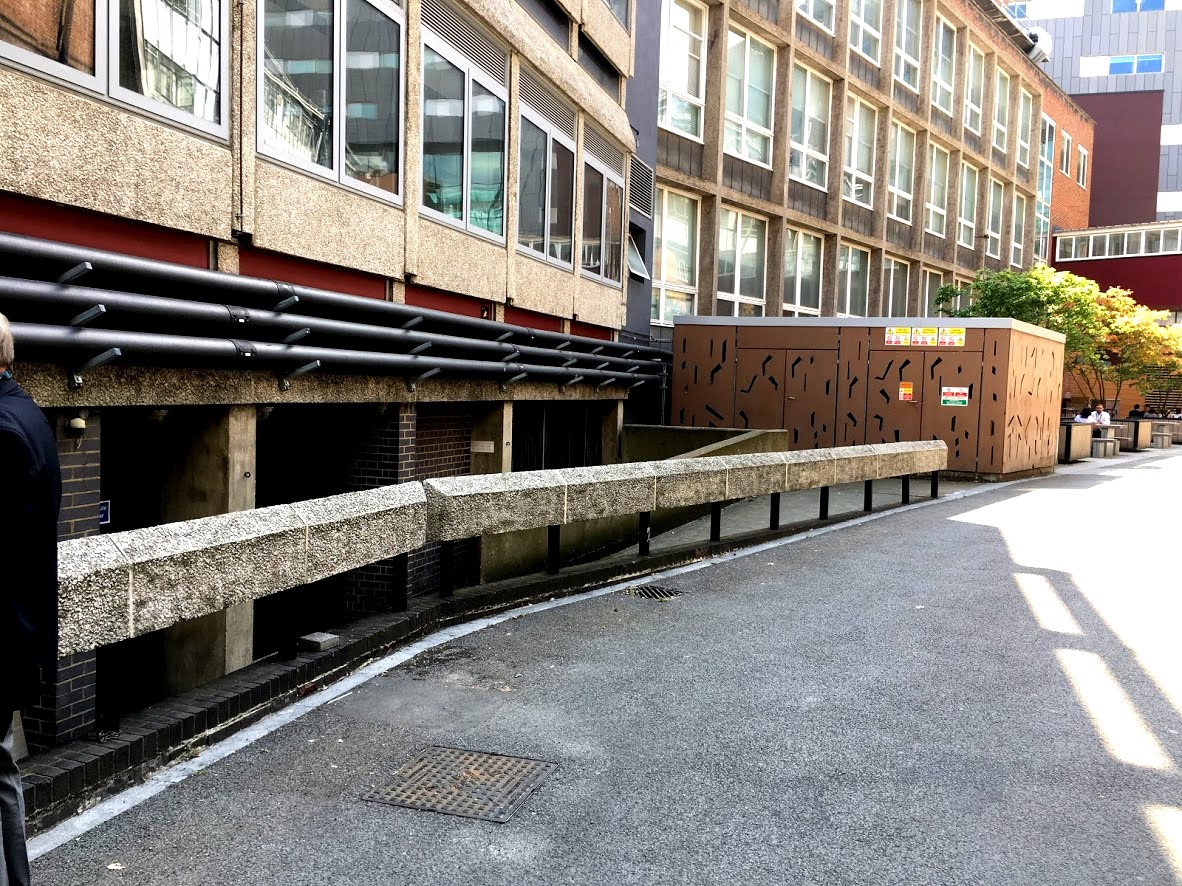 Alternatives to combustion for heating

The Government has been keen to promote district heating for many years. The key driver is energy efficiency. The central idea is that while power stations generate electricity, much of the inherent energy used for the generation from fossil fuels was generally lost as waste heat with only 55% of the initial energy being produced as electricity before further efficiency losses in transmission to the point of use. It would be good if electricity could be generated locally with the heat losses from burning fossil fuels being piped to adjacent buildings, instead of just being wasted to atmosphere. 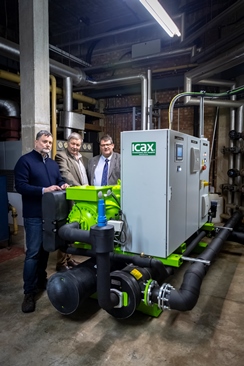 More recently the Government is also encouraging district heating with a view to saving carbon and addressing the climate crisis. Again the idea of using heat from combined heat and power generation has been seen as the route to reduced overall combustion and lower carbon emissions. However, CHP is based on combustion and combustion of carbon compounds releases CO2, which is unhelpful in terms of the Clean Growth Strategy. It is also unhelpful to the Clean Air Strategy and respiratory diseases, as up to 22% of the NO2 in London is attributable to the burning of gas in gas boilers.

There is a welcome alternative source of heat for district heating in the form of heat transfer using heat pumps. Heat pumps use heat transfer instead of combustion and do not emit anything at all on site. They also provide good value, as a well-designed heat pump system can transfer around four kilowatts of heat into a building for the price of one kilowatt of electricity.

Uptake of Heat Networks has been very slow in the UK

The uptake of decentralised heating through district heat networks has been very slow in the UK. This has been partly due to the large costs of establishing expensive infrastructure and the reluctance of potential tenants to sign up to long-term heat contracts before new schemes can be established.

It is also because of the heat losses to the ground between the “energy centre” and the buildings needing heat.

For existing gas-based community heating schemes a new form of decarbonisation is now available in the form of retrofitting (high temperature) heat pumps in the energy centre to take over the base load from gas boilers. This has become possible in the light of new generation of high temperature heat pumps which deliver flow temperatures of up to 80°C and substitute directly for gas boilers without the need to refurbish the heat delivery systems within buildings. These new industrial heat pumps can transfer three kilowatts of heat for one kilowatt of electricity. This is less efficient than for heat pumps designed to deliver 60°C which can transfer four kilowatts of heat for one of electricity. However, because heat pumps do not use combustion they are a key tool in the advance of heating systems toward Net Zero, well before 2050.

There are, however, limitations in the model of district heating systems based on using an Energy Centre (whether powered by gas or by heat pumps) as these still suffer heat losses to the ground in the pipe runs between buildings. These heat losses can be restricted by using modern insulated polymer piping instead of traditional large diameter steel piping in the ground, but installation costs are considerable, especially for longer pipe runs. Luckily, there is now an alternative in the form of Fifth Generation District Heating. 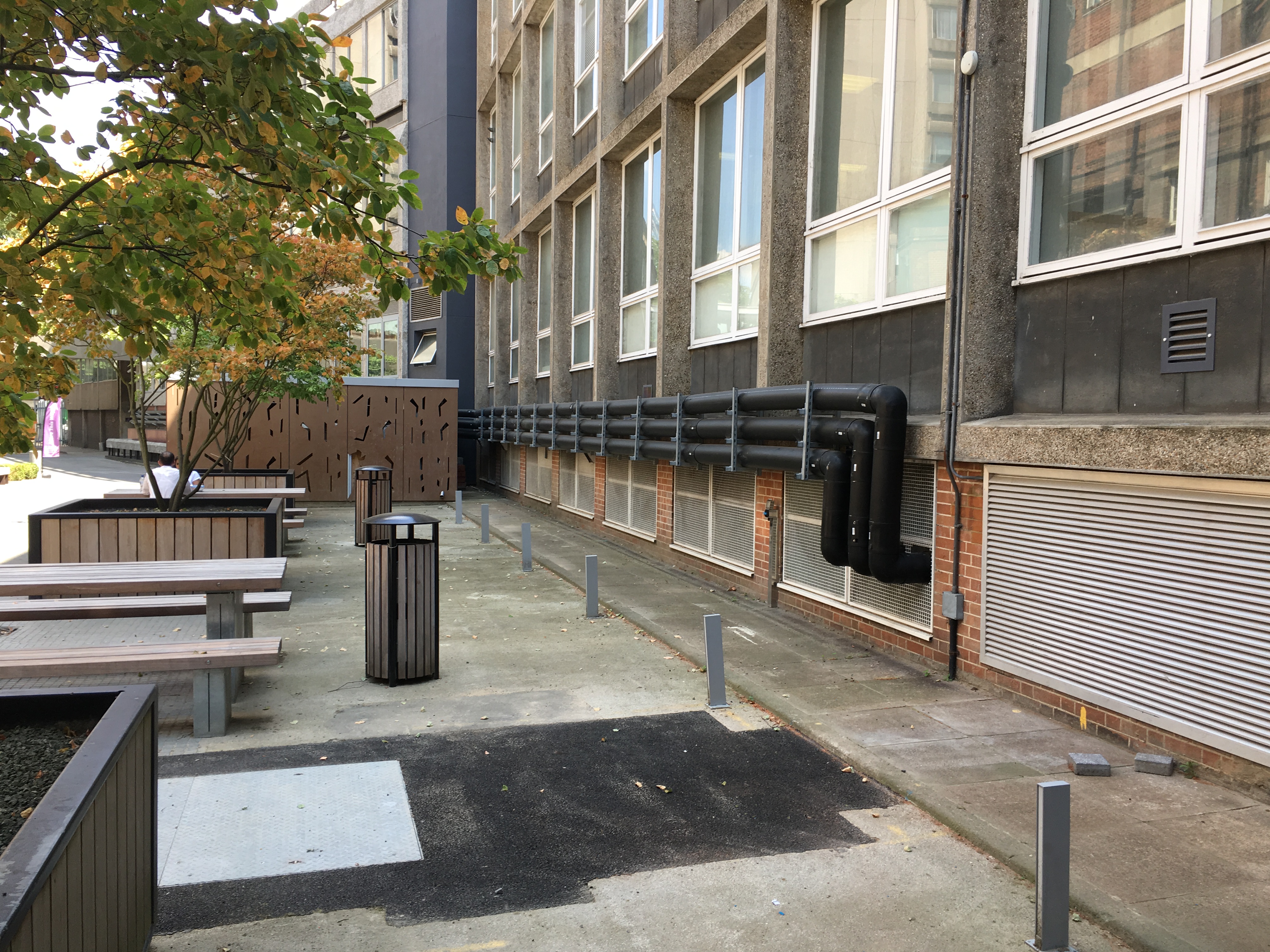 Piping for ambient network -
cheaper than digging up the road

5GDH takes decentralised heating one step further. Instead of just transferring heat generation from the power stations to the local Energy Centre, the next step is to use an ambient ground temperature distribution circuit in the local area network and employ a heat pump in each building to extract the heat it needs for its own building. In this way heat losses between buildings are virtually eliminated and the cost of heavily insulated piping is avoided. A further advantage is that each building on the network can be free to employ a heat pump that is suitable to its needs. A modern well-insulated building can employ a very efficient low temperature heat pump. A traditional building can retain its existing heat distribution systems and employ a high temperature heat pump to achieve the temperature it needs, without the need for refurbishing the heat delivery system in the building.

Increasing need for cooling in buildings

There is also an increasing need for cooling in some buildings. This can be provided much more efficiently in a Fifth Generation model as the heat pump in any building can be used to provide heat transfer out of the building to the ambient ground temperature circuit. Heat transfer to cold water is a much more efficient route to cooling a building than heat transfer to hot air via a chiller on the roof. There is also a community advantage of having some buildings reject heat to the common network: this is an advantage for those buildings which need heating. Having different kinds of buildings, from different eras, all on the same network offers heat sharing advantages for all. Highly glazed office buildings and supermarkets are likely to need to reject heat almost all year round, especially during the day. Residential buildings generally need heat in winter and in the evenings in the shoulder seasons.

When all buildings on a circuit need heating at the same time, the circuit will need access to heat replenishment. For those in London an ideal source can be the London Chalk Aquifer. An open loop borehole can be drilled down around 120 metres to reach the aquifer to replenish the circuit and a second borehole can be drilled over 120 meters away to return the colder water back to the aquifer. The aquifer is a very large resource of water at a more or less constant temperature of 14°C that can be accessed over a large area of London. There are also other water resources available for heat exchange in other cities, including rivers as well as aquifers and the open sea.

Although heat pumps emit nothing on site, the argument used to be made that, as they use electricity, they cause CO2 to be released at the power stations and this should be attributed to the heat pumps. With the dramatic fall in grid carbon factors – a 50% fall between 2014 and 2018 – this argument becomes less sustainable.

A well-designed heat pump system already emits 75% less CO2 off site than a gas boiler does on site. A further 50% fall is predicted by BEIS between 2018 and 2022. The grid carbon factors continue to fall as coal fired electricity generation is being phased out and wind is making an increased contribution each year, so the carbon emitted by the grid for a heat pump installed now will be marginal over the 25 year life of a heat pump.

Those who want to see this reduced to zero now can, of course, switch to a green electric supplier now.

For larger heat pump installations there is a large opportunity to exploit “Demand Side Response”, especially if local heat storage is also installed. The cost of electricity (and the carbon content) rises dramatically in the day and early evening and falls by night. Electricity supply contacts are now available which reflect this.

The Balanced Energy Network installed at the London South Bank University is an example of a Fifth Generation District Heating System and is also a retrofit. High temperature heat pumps have been installed in the plant rooms of two large buildings on the campus. These each extract heat from the local ambient temperature network which draws water from the London Aquifer. Each heat pump delivers heat to existing buildings through the existing heat delivery systems. The old gas boilers in the plant rooms stand by idly in case they may be needed to contribute heat on the coldest days in winter.

An interesting aspect of the installation was the potential risk of digging up the roads between buildings to install the piping for the local network, as there were already multiple services embedded in the road. An elegant solution to the problem was achieved by mounting the pipework on the side of buildings: this would not have been practical for a circuit delivering high temperature water from an Energy Centre.